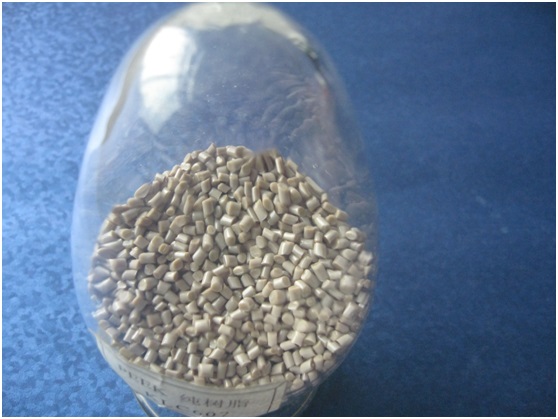 Among polymer materials, fillers are the most widely used additives. Almost all polymer materials, such as plastics (including thermoplastics and thermosetting plastics), rubber and coatings use a large amount of fillers. There are many types of fillers, metal powders can be used as conductive fillers, wood powder, starch and other plant powders can also be used as fillers, but the most used are mineral fillers. The addition of fillers can not only reduce the cost, but also improve the mechanical properties, processing properties or other properties of the products. Most of the fillers used in cables are mineral fillers, the largest of which is calcium carbonate, which is almost one of the essential components in PVC cable materials. With the improvement of people's safety awareness, the requirements for flame retardancy of cables are getting higher and higher, but calcium carbonate is not flame retardant, so people need to study more flame retardant fillers. A

Aluminum hydroxide is the most commonly used filler-type flame retardant in optical and cable materials. This product is added to cable materials. If the cable burns, aluminum hydroxide decomposes at 200-300 ℃, and dehydration occurs after decomposition. Absorbing a large amount of heat on the surface of the polymer material can reduce the surface temperature of the burning material; at the same time, dehydration produces a large amount of water vapor, diluting the combustible gas and oxygen concentration; the decomposition residue Al2O3 is a dense oxide, which is deposited on the surface of the polymer material, limiting the combustible gas The formation of heat, heat and oxygen, and smoke suppression effect; and aluminum hydroxide and magnesium hydroxide can absorb acid gas. The price of aluminum hydroxide is moderate, and it is currently the most widely used filler flame retardant in cable materials.

Brucite is a typical low-temperature hydrothermal alteration mineral in serpentine or dolomite. The main component is magnesium hydroxide, with a content of 90% or more. my country is rich in serpentine resources, and the quality of mineral deposits in Liaoning is good. Brucite, because of its high content of magnesium hydroxide, can be made into a flame retardant after crushing and grinding. The flame retardant prepared by this method is also called mineral method magnesium hydroxide. Compared with synthetic products, mineral magnesium hydroxide has technical and economic advantages and environmental advantages, and has the characteristics of easy availability of resources, environmental friendliness, technical feasibility, reasonable economy, and easy processing. Hydromagnesite is a kind of natural basic magnesium carbonate. The ore has high magnesium content, whiteness, and low impurity content. It is a high-quality magnesium-containing non-metallic mineral material and a high-quality raw material for the manufacture of magnesium materials. . Water magnesite loses all its crystal water at 340℃, and at the same time, magnesium hydroxide begins to decompose structural water. At 477℃, all structural water is removed, and magnesium carbonate begins to decompose. When the temperature rises to 727℃, magnesium carbonate is completely decomposed to obtain magnesium oxide. This decomposition situation has a certain correspondence with the burning of polymer materials, so hydromagnesite can be used as a flame retardant for polymer materials.

Hydrotalcite is a layered double metal hydroxide. In 1842, Hochstetter first discovered natural hydrotalcite from Swedish schist deposits. In 1966, KYOWA first industrialized the synthesis of LDH. At first, hydrotalcite was mainly used as a catalyst and a carrier. Later, it was found that it had flame retardant and smoke suppression effects.